On this episode, Dr. Chloe Carmichael stops by to teach us how we can use the principles for mindfulness to drink alcohol moderately. 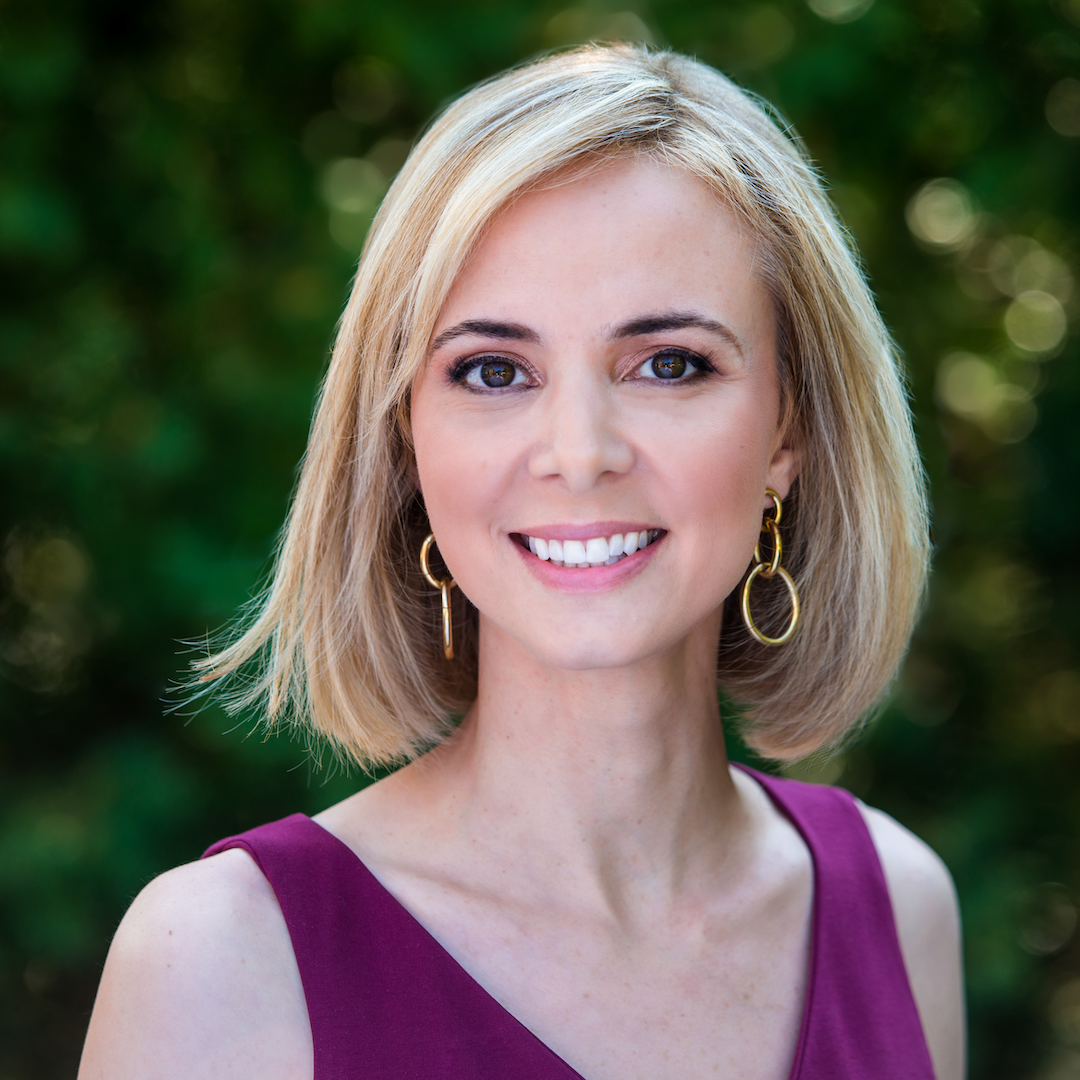 Dr. Chloe is the author of the book Nervous Energy: Harness the Power of  Your Anxiety, endorsed by Deepak Chopra! She is a member in good standing of the American Psychological Association, as well as the National Register of Health Psychologists, an elite organization for psychologists with gold-standard credentials. She is also a consultant at Baker McKenzie, the third largest law firm in the world.  She is an Advisory Board member for Women’s Health Magazine (Hearst), and a featured expert for Psychology Today. Dr. Chloe enjoys relating with the media, as well as public speaking.  She has been featured as an expert on VH1, Inside Edition, ABC Nightline and other television; and has been quoted in the New York Times, Forbes, Vanity Fair, Shape, Cosmopolitan, Rolling Stone, and other print media.

Nervous Energy: Harness the Power of Your Anxiety and Dr. Chloe’s 10 Commandments of Dating.

Dr. Chloe would also be happy to connect with you on social media. Below are her social media handles:
Twitter: @DrChloe_
Instagram: drchloe_
Facebook: @DrChloePhD
LinkedIn: chloe@drchloe.com 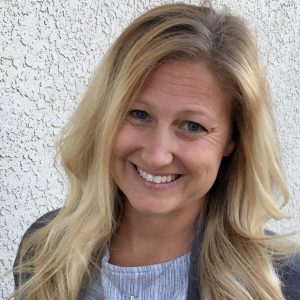 Tiffany Millacci, Ph.D. has over 14 years of experience in the education field and is an educator for both elementary special education students and university students. She is a researcher and content writer for Positive.Psychology.com and is just beginning her writing career with her collaboration on a teen version of Dr. Ken Martz’s Manage My Emotions: What I Wish I’d Learned in School About Anger, Fear, and Love. She is also a military spouse, mother, and avid runner.

Melody Stanford Martin joins the show to discuss her article “Five Practices of Resilient Relationships” and teach us how to enhance our conflict resolution skills. 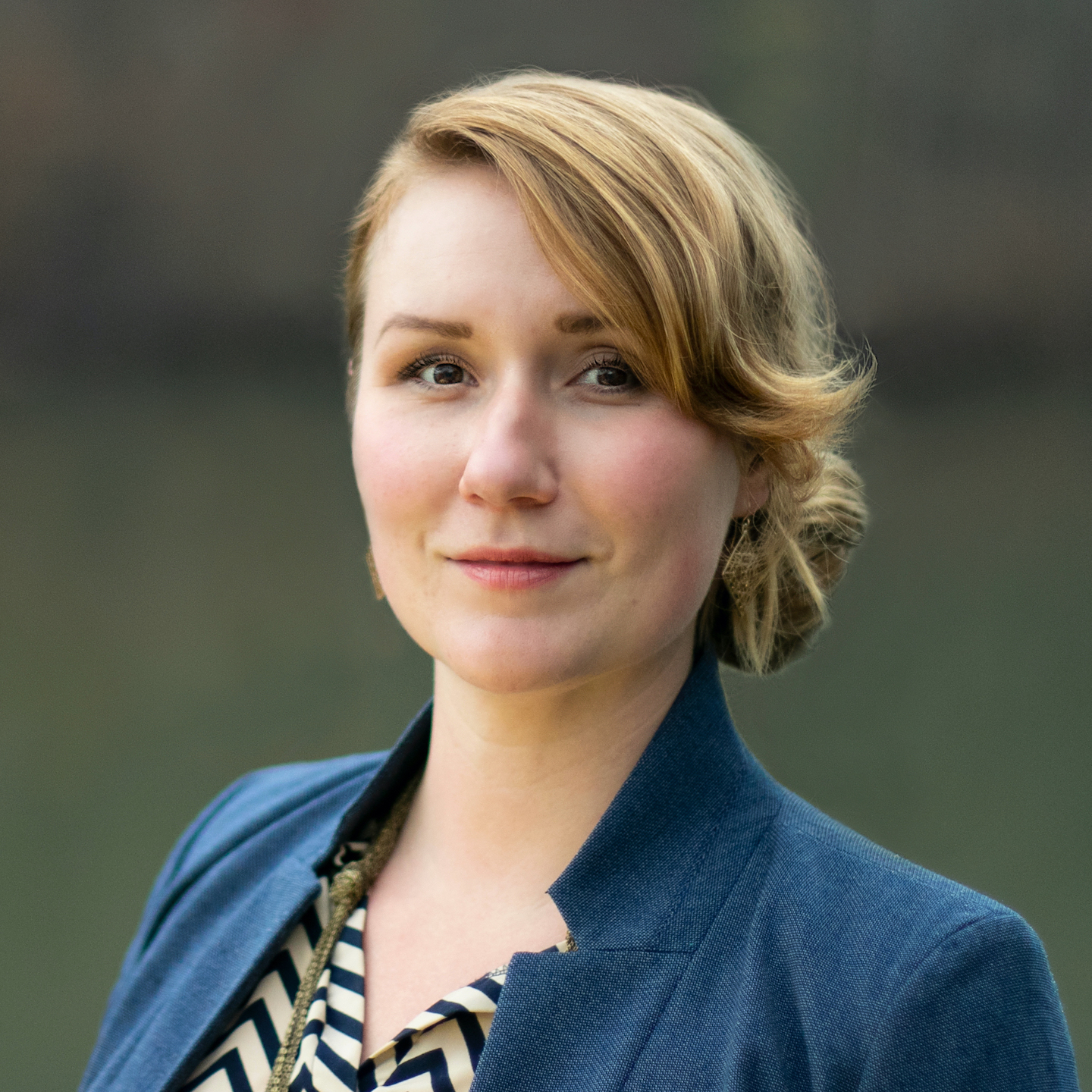 Melody Stanford Martin is a social ethicist, communications expert, and author of Brave Talk: Building Resilient Relationships in the Face of Conflict (Broadleaf Books, 2020). She is the Founder of educational platform Brave Talk Project, the Founder & CEO of Cambridge Creative Group, a narrative marketing and design company specializing in non-profit outreach, and a regular contributor to Psychology Today. Melody grew up as a Pentecostal pastor’s kid in California and studied theology for ten years, obtaining her Masters of Divinity in 2016. During her graduate studies, she developed a passion for social ethics and anti-oppression work through the Religion and Conflict Transformation Program at Boston University School of Theology. Today, Melody works with people across all political backgrounds and religious traditions, focusing on rhetorical innovation, courageous community engagement, and out-of-the-box thinking to solve social problems. In addition to her work, Melody is also an artist, musician and avid gardener. She lives in Portland, Maine with her partner Corey and their dogs, Baxter and Benedict Cumberbatch.

To read the Five Practices of Resilient Relationships click here.

In this episode I chat with Valerie Pena and Mary Lous Randour about Safe Havens for Pets, an organizing helping survivors of domestic violence and their pets find safety.  We discuss how to find a safe haven in your area, why it is critical that safe havens exist, how Safe Havens for Pets is connecting safe havens to each other and survivors, and what you can do to help.

On this episode I chat with Beverly Engel about how to overcome the shame that many survivors of emotional abuse experience. 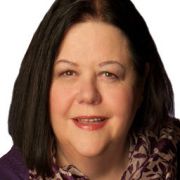 Beverly Engel has been a practicing psychotherapist for thirty-five years. She is the author of 22 books, including the bestsellers The Emotionally Abusive Relationship, The Right to Innocence, and Healing Your Emotional Self. Her latest book is entitled, It Wasn’t Your Fault: Freeing Yourself from the Shame of Childhood Abuse with the Power of Self-Compassion.

In addition, Beverly lends her expertise to national TV talk shows. She has appeared on Oprah, CNN, Starting Over, Sally Jesse Raphael, Donahue, and other programs in the U.S. and Canada. She has regularly contributed to O Magazine and Psychology Today, and has been featured in newspapers and magazines, including The Chicago Tribune, The Washington Post, The Los Angeles Times, Cosmopolitan, Ladies Home Journal, and Shape.

To check out all of Beverly’s books click HERE. 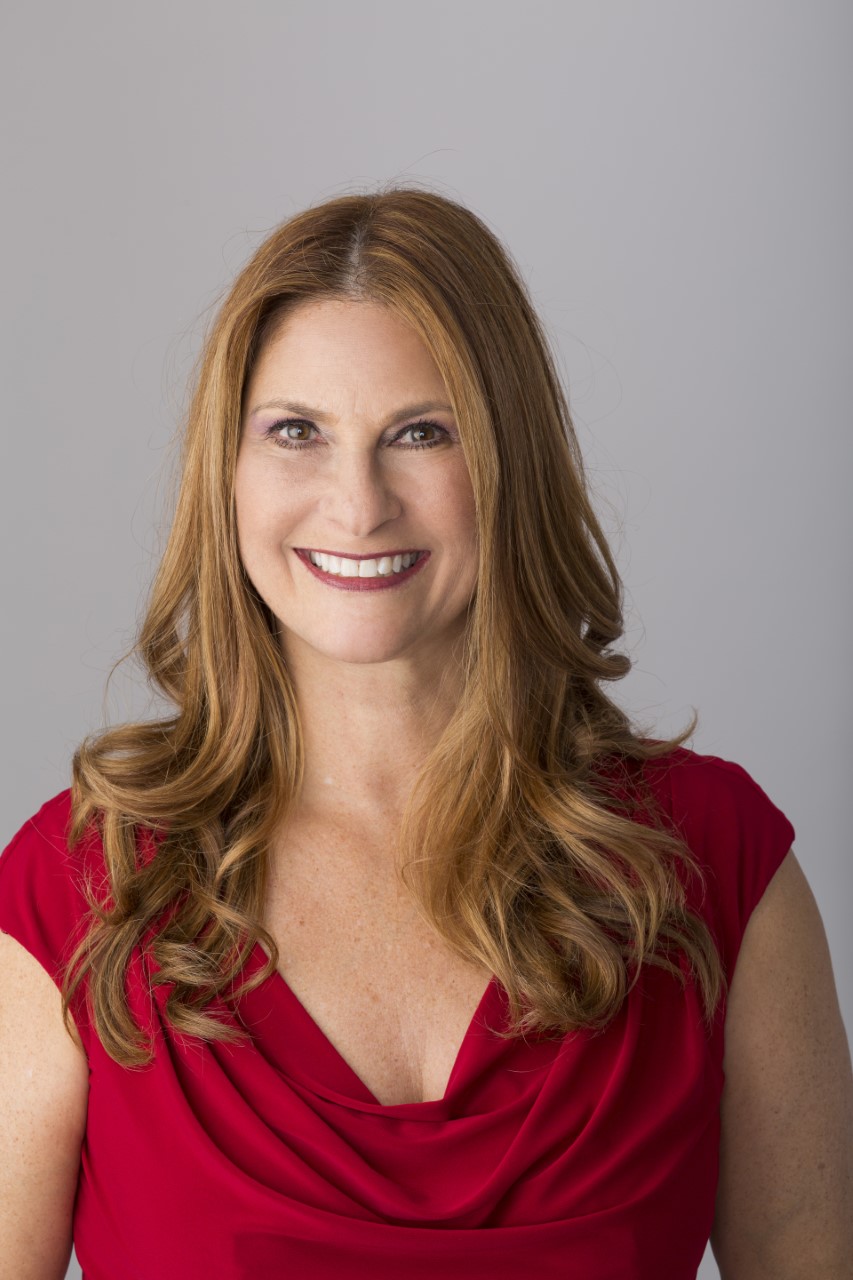 Sari Cooper  LCSW-R, CST is the Director of Center for Love and Sex, a group practice specializing in holistic embodied sex therapy and sex coaching in NYC. She is an AASECT-Certified Sex Therapist and Certified Sex Therapy Supervisor who has been seeing individuals and couples from diverse cultural, religious, and sexual orientation and practices for over 20 years.  Sari presents frequently at international professional conferences on helping individuals and couples heal from infidelity, out of control sexual behaviors, sexual communication, low desire, sexual disorders, consensual non-monogamy and expanding sexual practices. She is Kink and Poly aware and a culturally attuned therapist who frequently sees interracial couples.

She is frequently called upon in the media to comment on relationships and sexuality issues. She has been interviewed on outlets like: CBS This Morning, The Wall Street Journal, NBCLX, Women’s Health, Lifehacker, Bustle, HuffPost and Vice Media.

You can sign up to stay connected about upcoming Sex Esteem® events at: centerforloveandsex.com/se-events.

Dr. Lea Lis, The Shameless Psychiatrist, stops by to chat about if social media causes depression in teens and adult. She gives a brief overview of her new book! 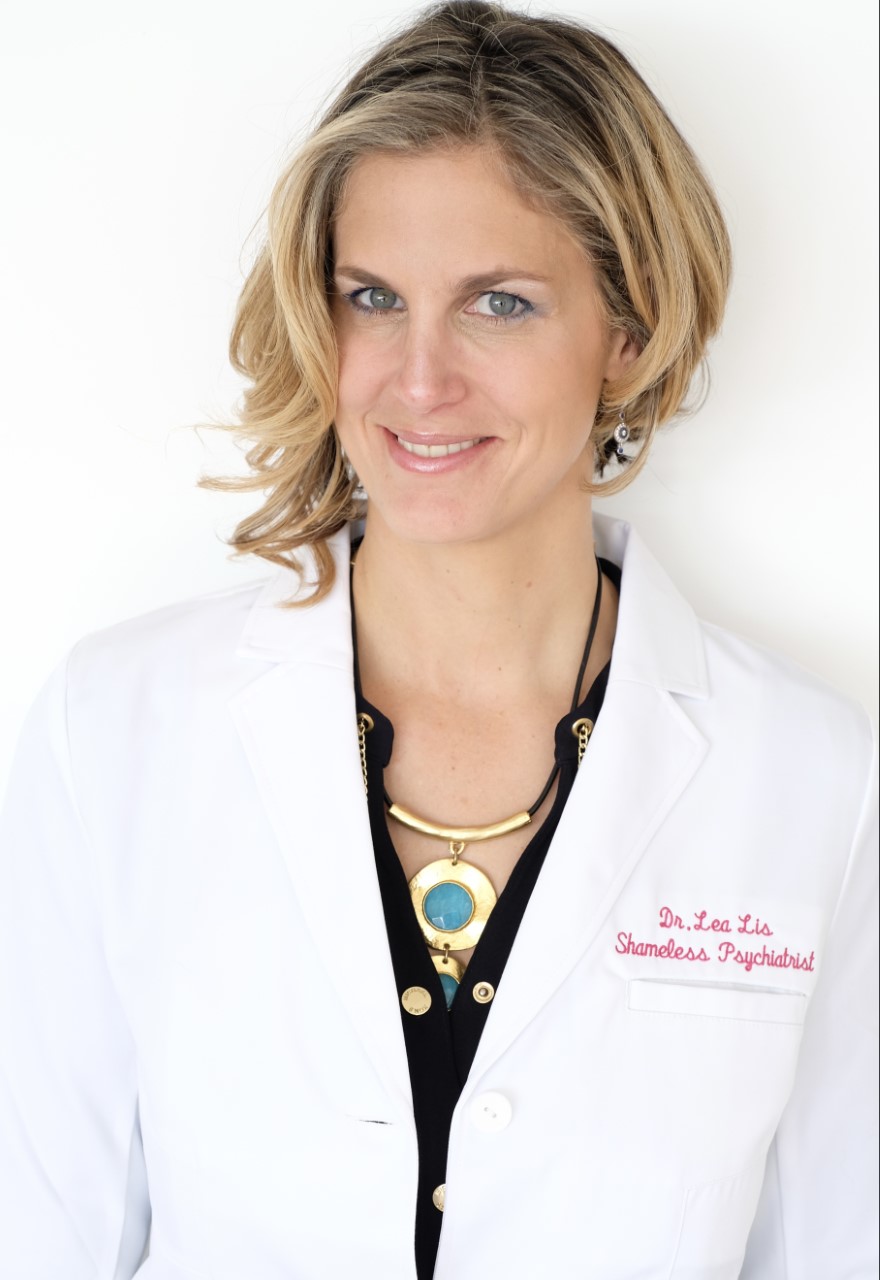 Dr. Lea Lis is the ‘Shameless Psychiatrist.’ She is a double board certified Adult and Child psychiatrist, and Assistant Clinical Professor at New York Medical College. She has a bustling practice in the Hamptons where she sees patients from all family arrangements.

Her book “No Shame: Real Talk With Your Kids About Sex, Self-Confidence, and Healthy Relationships” helps people pass down intergenerational wisdom, instead of trauma, by using modern psychotherapy techniques which she perfected throughout her many years of experience. She is an expert in the field of psychology, and hopes to change the way we speak about sex. 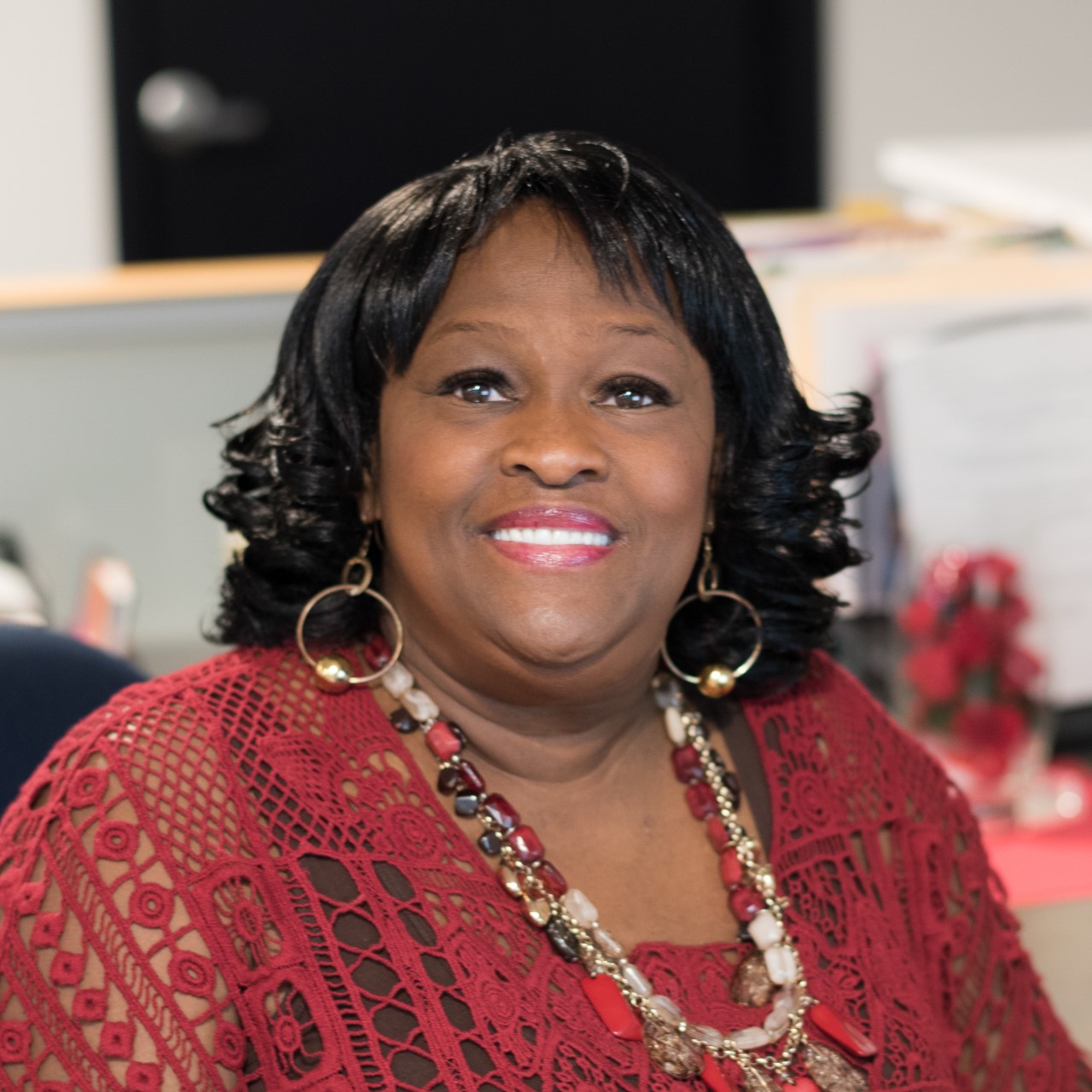 Dorris Walker-Taylor, Senior Ambassador for Thistle Farms, joins the show to discuss how Thistle Farms, a nonprofit social enterprise dedicated to helping women survivors recover and heal from prostitution, trafficking, and addiction changed the direction of her life.  Thistle Farms is a residential program that provides housing, case management, healthcare, counseling, education, and employment for two years – free of charge.

It was a true joy speaking with Dorris and listening to her story is guaranteed to brighten your day.

Click HERE to learn more about how you can support Thistle Farms.

Gretta Gordy Gardner and Megan Simmons from Ujima: The National Center on Violence Against Women in the Black Community, discuss how systemic racism affects black survivors of domestic violence. 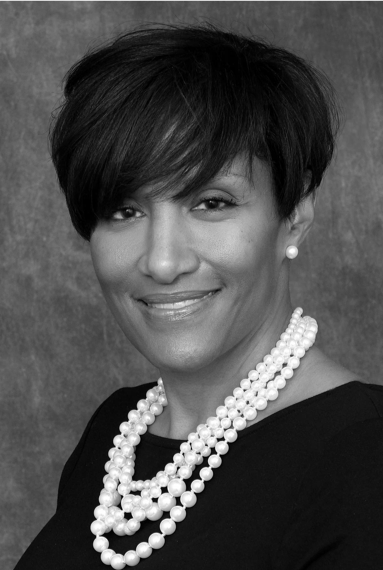 Gretta Gordy Gardner, Esq., is the Deputy Director and co-founder of Ujima, Inc.: The National Center on Violence Against Women in the Black Community, a project of the DC Coalition Against Domestic Violence. Ms. Gardner’s career as a legal advisor for survivors of domestic violence and sexual assault was inspired by her early work as a prosecutor in the Domestic Violence Unit of the Baltimore City State’s Attorney’s Office. She has worked for two decades to help shape guidelines, policies, and procedures that local, state, and federal policy makers and college/university campuses can use to end intimate partner violence and racial bias. She is licensed to practice law in DC, MD, TX, and the Supreme Court of the United States and is a certified mediator. Ms. Gardner sits on the Board of Trustees for Garrison Forest School and belongs to a multitude of local, state, and national committees that address violence against women and their children. She is the proud mom of two boys who love basketball and make a lot of noise. 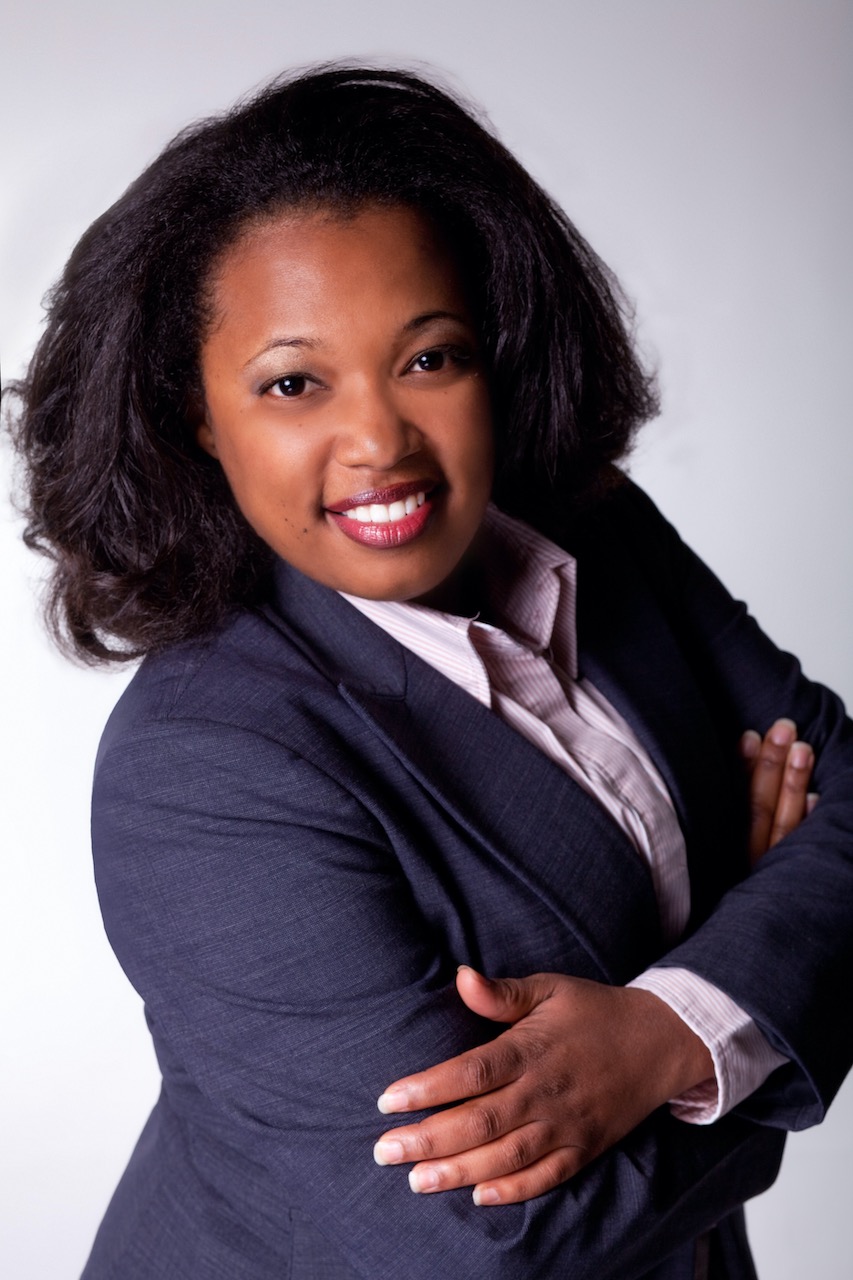 Megan Simmons, MPA/JD, is the Sr. Policy Advisor of Ujima, Inc.: The National Center on Violence Against Women in the Black Community, a project of the DC coalition Against Domestic Violence. Ms. Simmons’ education in Women’s Studies and Political Science was the catalyst for her career in legal compliance, policy, and advocacy work. She has served as a Federal Agent and was tasked with investigating sexual assault for the Naval Criminal Investigative Service (NCIS). She was also collaterally tasked with representing law enforcement on various committees, including holistic approaches to combating violence against women attached to the Navy installations. She later earned a law degree wherein she combined her education and her experience by contributing to policy, and conducting investigations into allegations of sexual assault within higher education. Ms. Simmons has conducted various trainings on sexual harassment awareness, Equal Employment Opportunity, investigation execution, and diversity and inclusion. She spends her spare time cooking, bike riding, and reading.

For more information about the mission of Ujima, click here.

For more information about intimate partner violence in the black community, click here.

Dr. Ameila Kelley and Dr. Stephanie Moulton Sarkis answer your questions about how anxiety affects the body and how to spot gaslighting in our leaders!

Dr. Kelley is the owner and supervisor of Kelley Counseling and Wellness.  Her practice is offering free sessions to those on the front lines fighting against COVID-19 (nurses, doctors, hospital staff, etc). For more information call (919) 238-9741.